Most religious houses kept a written record of all the lands and property donated to them by generations of patrons; such endowments were initially recorded in separate charters (carta) copies of which were collected into a major register or ‘cartulary’. These cartularies were a lasting record of property rights and were frequently consulted to settle the many ownership disputes of mediaeval society. 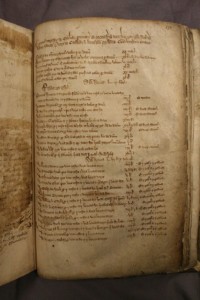 The contents of monastic libraries were deliberately destroyed at the dissolution of the monasteries in the 1530-40s but cartularies were useful legal documents and many survived. One such survivor was the Cartulary of Thurgarton Priory which is now held at the Nottinghamshire County Archives. At the surrender of the priory it passed to the new owners, the Cooper family, and in 1677 Cecil Cooper of Thurgarton Priory donated it to the library at Southwell Minster. 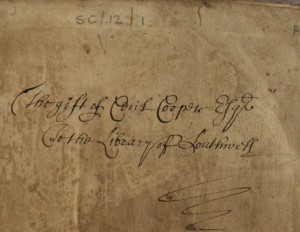 Here it remained until the 1950s when it underwent much needed restoration and transfer to the safekeeping of the county archivists. 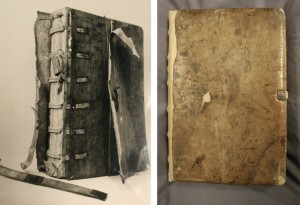 Generations of scribes were employed to copy mediaeval records. Many religious houses contained a library or scriptorium where these highly trained craftsmen having prepared parchment, pen and ink would spend long cold hours diligently copying the monastic documents.

The Thurgarton Cartulary was written in the early 1300s and contains over a thousand charters relating to property and land mainly in Nottinghamshire, Derbyshire and Lincolnshire. Experts have detected the hand of three scribes who worked on different sections. The bulk of the text was written in brown ink but  major sections were marked by capital letters embellished in red and blue ink as seen in the decorated ‘S’ below. 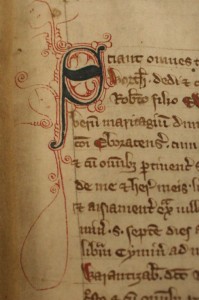 The scribe was therefore given some scope to express his creative talent in the decoration of capital letters and headings – but some restraint was necessary for ink and vellum were expensive and legal documents were not works of art. However  boredom or a sense of mischief must have led to many of the doodles that crept into these documents. 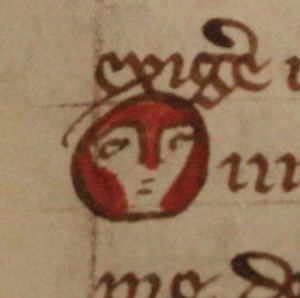 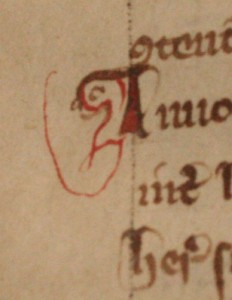 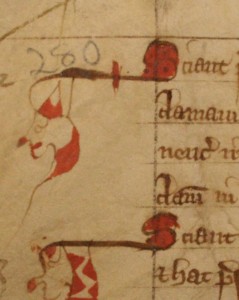 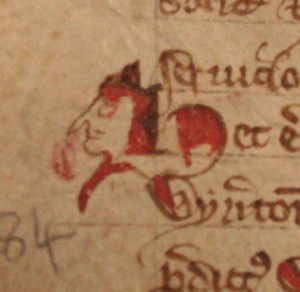 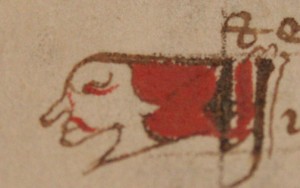 Are these cartoons of real people in the priory or fantasy figures? Stonemasons and woodcarvers were known to portray their fellow craftsmen or superiors in a whole gamut of figures from the respectful and heroic down to the bizarre and the downright rude. Such work was easily hidden in the less obvious nooks and crannies of a huge building but the scribe’s work was open to inspection and the wise scribe was more circumspect.

The doodle below speaks for itself . 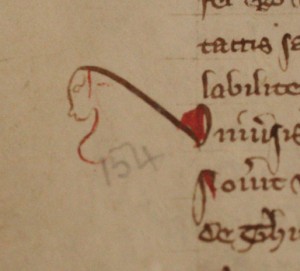 This scholarly book is an essential source to anyone interested in mediaeval Thurgarton or in Thurgarton Priory or its Cartulary.